How to educate a child? 16 basic rules 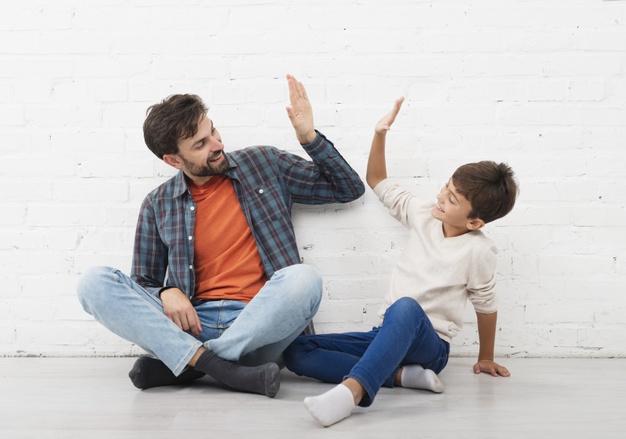 How to educate a child?

We know that how to educate a child.Let start!

Do as you say

and don’t say what you won’t do!

– If you say, “One more time and you go to bed” and the child disobeys again, don’t give him a second chance. Don’t threaten in a vacuum. Don’t repeat the same thing five times. After a threat, act. (Otherwise, the child will not be afraid of your threats and will not obey).

– It’s better to say nothing than to say something you won’t do.

– Be firm, convinced inwardly that you will succeed in getting your request.  The child should not detect hesitation and fragility in your instructions.

– Stop shouting; say things once and act calmly but firmly.

Be more stubborn than he is!

Too many parents break down as soon as a child “throws a temper tantrum” to make him or her stop the tantrum.

If you say “no”, do not change your mind if the child starts crying, moaning, sulking, shouting, hitting, biting, …

Indeed, the more a parent “cracks”, gives in, changes his mind, the more the child will be reinforced in his stubborn behaviour.

A “stubborn” child is therefore the result of a parent who is not stubborn enough.

One of the “tricks” in education is to BE BETTER THAN YOUR CHILD !

The child will understand very quickly that it is useless to insist, to cry, to have a crisis…

To successfully “stand up”, you need to

don’t let yourself be softened by the crying,

thinking that if we crack, he’ll have “won.”

thinking that if you crack, your “crisis” will be reinforced for the next few times.

thinking that it is not the children who decide, but the parents (they can give their opinion and say what they think)

– Don’t just make remarks to him when he disobeys, when he does something wrong.

Make sure that you balance your criticism: that there are at least as many positive as negative remarks.

(He must behave well for pleasure, to please, because he knows it is better, not to receive something).

Reward, therefore, reward, congratulate the work done, the effort made, the behaviour rather than the result.

Do you prefer a child who cheats and wins his tennis match or a child who remains honest, fair play and loses his match?

Give him/her lots of love (and time)!

– Besides your discipline, the punishments you give him, spend time with your child. Play, talk with him, take an interest in what he is doing and show him that you love him.  Listen to your child.

– Don’t give him love when he does something wrong, when he disobeys.

– Give them hugs regularly!  Spoil them emotionally!

– Tell them explicitly that you love them!

(and not two days later)

– A sanction made several days after the offence will have much less effect than a sanction that follows directly after the fact.

– Don’t let your child be rude, insulting someone without intervening, without punishing him or her.

Choose sanctions that annoy the child. (Otherwise he will continue to overstep the line without fear of punishment).

Do not choose sanctions that last for days, weeks or months.

Too often, parents let the child choose, and let him or her decide.

However, it is up to the parent to decide what is best for the child AFTER HAVING HEARD THE CHILD’S ARGUMENTATION AND OPINION.

the parents say, “My kid doesn’t nap anymore, he doesn’t want to. »

I reply: “It’s not his decision!

So that your child is armed to resist and fight against selfishness, jealousy, laziness, money, mockery,…pass on the values of respect for others, the environment, patience, calm, perseverance, politeness, work, tolerance, listening, courage, positive spirit, personality (dare to be different),…

by applying these principles yourselves!

Do not spoil it materially!

Many children think that it is normal to receive gifts, to be driven to their sport, to receive money, a mobile phone, to receive food without working, to receive new shoes and new clothes, to receive a computer,…

Don’t offer them everything they want. Don’t give them too many (superficial) gifts.

Teach them the frustration of not getting what you want when you want it.

The child jaded by gifts and toys is no longer satisfied with anything.

Focus on behaviour, NOT OUTCOME

Whether at school, in sport, or in the child’s activities, only give importance to the behaviour, only to the attitude of the child, not to the result.

Demanding a result on the one hand increases stress and puts pressure on the child, and on the other hand does not always reward the child’s efforts.

One child may work hard and not succeed, while another may do nothing and succeed. 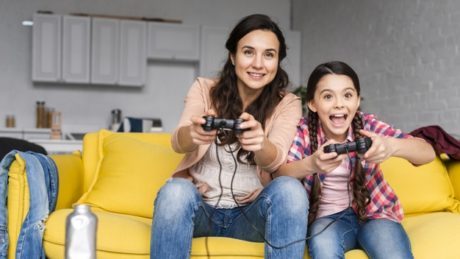 Avoid, prohibit DS, PSP, Xbox, Wii, TV (in the bedroom), etc., as they may be harmful to the child.

Let them get bored so that they find interesting occupations (such as reading, working, board games, role-playing, drawing, building,…).

We do not have any of these electronic games.  Only ONE TV in the living room is used in great moderation.

Result: children with a lot of imagination who invent and play together (between brothers and sisters).

Educational computer games can develop intelligence, but time must be limited or accompanied.

Don’t do it for him!

Develop his autonomy and his “sense of activity”!

To encourage independence and resourcefulness, stop doing everything in his place:

Teach her early on and then…

let him eat with two covers;

let him dress himself, put on his shoes, tie his shoelaces;

let him put away his clothes;

let him make and answer the phone;

let him carry his schoolbag (starting in kindergarten);

let him clean his shoes;

let him tie his shoes;

Let them walk or ride their bikes (rather than drive them anywhere, anytime).

And above all, let him make mistakes, fail, start over,…

Work and participation in household and outside chores are good ways of instilling the value of things, the value of work, courage, …

Anything you do in his place will prevent him from growing, learning and becoming responsible.

Letting him do this will get your child used to being ACTIVE, to MOVING to get what he wants and not waiting to be brought to him on a platter.

Don’t forbid too much or too little.

Benchmark for prohibition: “Is he doing something wrong? »

– Do not systematically forbid the child to go and play under the pretext that he will get dirty. Put less beautiful clothes on him so that he can express himself and play freely. The child has no use for nice clothes if they prevent him from playing, sitting on the floor,…

(He doesn’t do anything wrong)

– Do not systematically forbid the child to speak or shout (outside) because you do not like noise.

(He is not doing anything wrong)

If you forbid everything, too much, the child will not be able to develop or accept your discipline.

– Forbid them to pollute, hit, smoke, play on the road, watch too much TV, play DS, insult…

(He hurts others, the environment or himself.)

Let him be bored

A bored child thinks and develops his imagination!

The bored child will look for an interesting activity and get active.

If he doesn’t have the opportunity to be bored, he won’t search, he won’t imagine.

Don’t try to keep him busy all the time.

Be careful: watching television is not boring!

– Get him out, move to develop his muscles, meet others and avoid obesity.  Let him play outside.  Let him go outside, get dirty.  Get him used to helping, working with you.

– Teach him to eat healthy food: fruit, vegetables, water, even if it’s not as good, even if he doesn’t like it!

– Get them used to daily brushing of their teeth and body, they will thank you later on for keeping their teeth healthy.

Conflict teaches the child to negotiate, to share, to sympathize, to think about the other!

Learning how to resolve conflicts will enable him to learn to live with his colleagues, his neighbours when he is older.

Don’t buy 2 gifts to avoid them arguing.  Teach them how to share a toy between the two of them.

Don’t turn on the TV to avoid them arguing.  Don’t buy 2 televisions to avoid fighting!

The child understands very quickly what he can and cannot do, what he has to do to get what he wants.

Establish a contract with him)

(if at least 8 years old, especially with teenagers)

CAREFUL, I HAVEN’T EXPERIENCED THAT LAST TIP YET.  Therefore, I cannot assure you of its success and effectiveness.

For his part, the child also makes a list of what he blames you for, what he would like to do, what’s wrong.

Each one reads the other’s list and together you begin to negotiate, to make concessions. (The presence of a mediator, an objective third party can be useful).

Once you have reached an agreement, once you have found common ground, define together the sanctions to be applied if one or the other does not respect the contract.

EX: If the adolescent disobeys the contract, he or she could be deprived of a freedom that was part of the contract.

If a parent disobeys the contract, the child would have an additional freedom such as not having to do the dishes for a week.

Each week, review, reassess the contract, its application and modify it if necessary (together).

(The advantage of the contract is that the teenager accepts and understands much better the limits to be respected and the sanctions that follow).