How are internees in England inside? 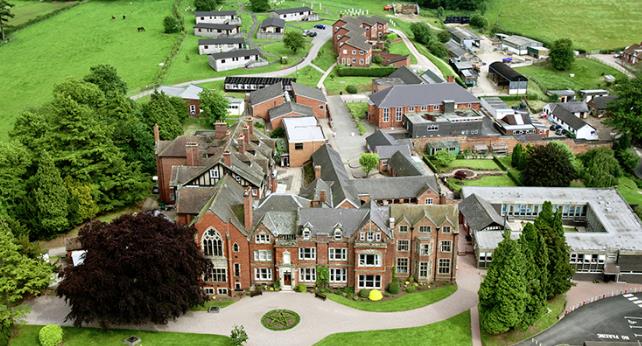 We show you how are boarding schools, the best interns in England and the world

Education in the United Kingdom has been the subject of admiration throughout the world since time immemorial. Its educational system is an academic reference at an international level and year after year there are thousands of students who come to the British Isles to complete their education. But behind the repercussion and admiration, of the high positions in the lists and educational rankings and the academic policies of the British government, are the authentic institutions of the Anglo-Saxon culture: the boarding school. These prestigious centers offer an education based on dialogue and the development of logic, having been the home of some of the most influential people of the last century, both in the United Kingdom and in the rest of the world. On this occasion we have proposed to tell you and teach you the ins and outs of interns in England, surely they leave you as hallucinated as your students, do you dare?

The first thing to keep in mind about these prestigious colleges is their location. They are usually in the English countryside, many of them near major cities such as London, Manchester or Bristol and others in the middle of nature surrounded by forests and countryside. This location provides the best environment for learning and personal development, with total security for students and peace of mind for parents.

At this point, we find one of the secrets of a British education. Each student defines their curriculum with the tutors and the head of studies to ensure that their progress and work is 100% oriented towards their objectives. In the same way, the students attend periodic sessions to analyze their evolution and receive guidance and advice for their higher education; and that attending boarding schools in England can open the doors of some of the best universities in the world.

These are high-level schools that offer different levels in the courses. In this way, all students can develop their maximum performance, whatever their capacity. Also,
international students have access to English language classes to reinforce the spoken and written use of the language.

In British education, students acquire the majority of knowledge through the practice and development of jobs and projects. Under this premise, boarding schools have classrooms specifically designed for each subject, there are cases in which they are even located in buildings built specifically for that subject or group of subjects. Thanks to this system of organization, all buildings and classrooms have the necessary resources to make the most of their respective subjects or areas of study.

In addition to the classes and classrooms, these centers have state-of-the-art facilities adapted to the needs of students and staff: laboratories, very complete libraries for consultation and leisure, function rooms, theater, computer rooms, dining rooms, kitchen.

But it would not be fair to limit the variety and quality of the facilities of the interns in England to their classrooms and common spaces. The importance of sport in British culture, and therefore in its education, can be perceived immediately on the grounds of these colleges. They can be found in large outdoor fields of football, rugby, hockey, and even golf; even internal infrastructures such as swimming pools, tennis courts, squash or gym.

The schools organize an extensive program of activities for all their students and, as we mentioned before, the practice of sports is one of the most important subjects in the curriculum of an Anglo-Saxon country. Students are integrated into the teams of their school and actively participate in all leagues and intercollegiate tournaments defending the colors of their center. Within the sports options, you can find football, rugby, field hockey, cricket, swimming, tennis, athletics, squash, judo, fencing, cross country, basketball, horse riding …

In addition to sports, music is another area to which English-speaking schools devote special attention. All the students learn music from very young and the centers usually have special classrooms equipped with all kinds of musical instruments, the same happens with the theatrical activity, which is part of the education in many schools.

The staff of the boarding school

For these centers to work the way they do and be a reference in what private international education is concerned, a group of professionals is needed to teach, guide and advise students. In addition to the usual figures such as teachers, heads of studies or the director, interns in England have more staff focused on facilitating the tasks and work of their students, both academically, as tutors or heads of the international department, as well as in the residential sphere, responsible for houses, assistants, prefects …

Also, the low teacher-student ratio allows the education professionals of the colleges are aligned in perfect harmony with the British educational system, so they perfectly fulfill the premise of dialogue and motivation towards students.

Students who reside in a college usually stay in rooms with one or more companions of similar ages, although in the last courses it is increasingly common to stay in a single room. The rooms are the most personal space for students and have all the amenities, usually full of posters and photos and even, in some cases, the students’ pets.

Each house has one or several living rooms where students can relax and socialize. These rooms, called common rooms, are very cozy and often have many amenities: pool table, table tennis, television, sofas, movies, books … Each of these houses is supervised by tutors, who are responsible for helping students and their families in different topics related to accommodation.

In boarding schools, it is common to find “team systems” (in the style of Harry Potter!). Each house has its characteristics and a strong feeling of loyalty is created within each house, which is perceived in sports, intellectual and cultural competitions.