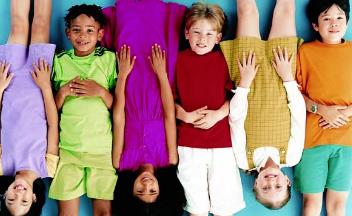 Education is one of the fundamental battlefields to achieve an advanced, competitive society that is not undermined by various factors. In few countries it is the influence of education on the development of a society like in the United States and Spain, due to the contrast between one and the other.

Education in the United States achieves a society with a high level of preparation and qualification, while in Spain there are many generations in which professional failure is evident. A lot of university degrees, yes, but without real contents. And this is more evident in the case of public schools and universities, where thousands of students leave without adequate intellectual preparation, with serious deficiencies and without knowing how to think.

School failure, both in the United States and in Spain, has led to testing multiple educational strategies. One of the most successful has shown that educates in the classroom separating boys and girls. It has been shown for years and for several generations that the presence of another sex in school is an important factor of dispersion because the student is more aware of looking good to his peers, of looking at beautiful girls and flirting than of studying and focus on their personality without fears or complexes, so that it can develop in an integral way.

It is not strange that in countries such as the United States or the United Kingdom, which shine for their competitiveness and advanced societies at all levels, educational offers with sex differentiation have been expanded because they guarantee a higher level of success for their students. In Spain, that idea persists, inherited from socialist regimes and maintained by accommodating and unintelligent governments, that mixed classrooms are the best. That’s how it goes, of course, with a level of school failure that borders on the clouds and standards of education that make people laugh for not crying.

Mixed schools are a vestige of the recent past, driven to favor integration (integrating boys and girls have always been part of it, for this trip they did not need these saddlebags) and equality, but failure is evident. Now, in the 21st century, with a lot of experience behind it, the most successful schools have a system of education differentiated by sex. Logical.

Gender is the most potent environmental factor in a class, the real structuring and socializing factor is sex. And it is that, although some sectors insist, the ideology cannot with biology, and in a class with boys and girls, or different religious beliefs and of social extract, as it is amply demonstrated, the strongest factor that differentiates one and the other is sex. It’s what builds the class. Hence, making mixed class conditions the student and hinders a series of activities and learning. This is the same for boys and girls. That is why schools that educate only boys or girls achieve better educational levels, higher standards, stronger personalities, and greater abilities.

The advantages of differentiated education are so many that this is why more and more schools and families are betting on them. They are the ones that educate, while the mixed ones de-educate more than educate.

The differences of sexes, that there are and many, cause that in the mixed schools are formed two sides: one masculine and another feminine, which generates difficulties to the boys and girls to express themselves with naturalness and to learn by means of the trial-error method without fear of ridicule or doing things they still do not know how to do without fear of what the students of the other sex will say.
The differentiated school creates an environment that facilitates learning much more by eliminating gender pressures.

In conclusion, the studies that have been conducted around the world have shown that differentiated education is above mixed education in many aspects, which makes it more recommendable, with obvious academic and social advantages. It favors better academic performance and a more balanced and calm personal development. All the studies carried out show that students educated in differentiated schools are more leaders and autonomous.

The success of this differentiated education is the reason why in the United States it is also being decisively promoted in public schools. Currently, it is legal in all states, it is federally regulated and more than 500 schools are offering this type of education, both in rural, urban and suburban areas.