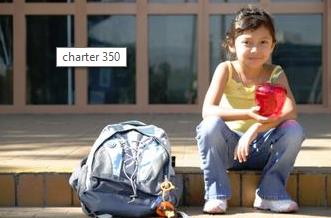 When it comes to expanding education, every initiative deservesIt’s worth trying. One of the educational alternatives that we find in the United States are public charter or independent schools, which started in the nineties, specifically with a school in Minnesota, and have the advantage of developing their educational philosophy.

For decades, parents with fewer financial resources have had no alternative but to send their children to public schools, which are often plagued by drug problems, marginalization, youth gangs, unwanted pregnancies, violence, etc. However, they can currently send them to these charter public schools, which operate independently of school systems, with public funding based on the number of students they can attract, and whose advantages are personal attention to students, discipline, and the focus of the study on academic results. They are created and directed by parents, educators, education entrepreneurs, and community leaders, among others, and operate with a “charter” (charter), granted by a local or state public agency,

One of the requirements is that they must comply globally with the academic criteria established in their respective charter for students and the school; otherwise, the agency that granted the “charter” authorization may close the school. The agencies authorized by the state to grant charters or contracts, as established in the corresponding state laws, have the responsibility of guaranteeing that charter schools comply with the provisions of responsibility and evaluation by annual examinations provided in the law. No Child Left Behind (NCLB), which designates this type of school as an option in the free choice of school for students who need improvement, corrective action or restructuring.

These types of schools are especially positive for ethnic groups such as Hispanics and African Americans, who tend to receive little attention in the traditional education system. Also, the presence of charter schools promotes healthy competition with the rest of the schools in the school districts.

Among the challenges for independent schools, we find the need to extend education to secondary school, to grades 9 to 12, where the need to expand education alternatives are more urgent, increase the space available for students, so that can end waiting lists, and have more specialized counselors to help students in making their decisions.

The progression of independent

public schools have accelerated in recent years, which has become a movement in continuous growth. In 2008, approximately 1 percent of the 2.6 million New York public school students have already attended independent schools, according to the Center for Education, which is the same proportion obtained in Illinois. In Massachusetts, it reached 2 percent, in Minnesota 3 percent and California 5 percent. Currently, there are more than 4,600 charter schools in the country and they educate one million students.
The charter schools are thus a very interesting option for the free choice of school by students who need to improve their academic level or performance, as they are a viable alternative to public schools of the conventional education system, which faces serious problems and often cannot provide solutions to students.

The private and citizen initiative can and should have an active role in the education of future generations of North Americans, expanding opportunities to the greatest possible number of people, regardless of the means or the socioeconomic level. Charter schools enhance student achievement and concentration, basic values ​​for academic success, and show good results among Hispanic and African-American minorities, keeping them away from slums and street problems.

During this academic year There are numerous schools that have begun to operate under the “charter” system, such as the Fernando Pullum, south of Los Angeles (California) where 140 young people study, and in which the emphasis is on the arts, music and the dance, or the Academy Charter School and the Evergreen Charter School, with a clear environmental vocation, in Hemp stead, Long Island (New York), which already serve 265 students. They are the sign that independent schools start to leave the big cities to face the challenge of smaller nuclei. Both schools join the Roosevelt Children’s Academy Charter School, south of Hemp stead, which opened in 2000 and has one of the highest scores of charter schools in New York State, which already has 142 schools of this type.

Independent public schools are a response to current problems, are there to contribute to the success of students with greater problems, and are an effective way to encourage excellence in education, expanding the horizons of progress for millions of children.